Finding my Feet on the Foundation’s Future Leaders Programme

Back in October 2019, I joined the pilot cohort of the Foundation for Science and Technology’s Future Leaders Programme.  It has quite a weighty title, so I was a bit sceptical about whether I was the “type of person” they were looking for to take part on the programme. I began my career as a secondary school science teacher, then worked for a science professional body leading education policy and most recently moved to work in science policy and government relations at the National Physical Laboratory. I think my career trajectory hasn’t always been upwards, more sideways and round a corner, but I have ended up doing interesting and challenging things where no day is the same.

There are about 30 of us taking part in the programme and we come from a variety of backgrounds in roles across academia, industry, government and public research institutions.  The idea being that we will gain an understanding of how our different sectors work, learn from each-others experience and build a collaborative network. The programme is made up of a series of face to face meetings (and now online meetings) some hosted in London, others across the country to see real science / tech / universities / government in action. The programme culminates in the delivery of a conference which the group are planning.

To give you a flavour of the programme:

For our first meeting we started our day with a tour of Parliament, we were able to enter the House of Lords chamber, but because of the State Opening of Parliament on the Monday – some areas of the House of Commons were still off limits. David Willets spoke to us about how science informs policy and the role of evidence in parliament. We had colleagues from the House of Commons Library, Science and Technology Select Committee and the Parliamentary Office for Science and Technology also speak about their roles in providing parliament with scientific evidence and expertise. It became very clear that there are many avenues to get evidence into parliament, but what constitutes evidence can be very broad and of quite differing quality.

Our second meeting was at the STFC Harwell Science Campus where we got to see some big science facilities up close. We had a great presentation and tour from the Satellite Applications Catapult – I left amazed that you can see jelly fish swarms from space (using satellite technologies – you can then avoid having jelly fish get clog up your power station water inlets). We visited the Diamond Light Source facility – which is seriously impressive, we met with colleagues who worked at STFC and had a presentation from Neil Geddes the Executive Director for National Laboratories, Science and Technologies. In the afternoon some of the group stayed on site to visit the Mary Lyon Centre I went on to Culham Science Centre where we found out about the UK Atomic Energy Authority’s work on fusion, we wore hard hats, saw huge robots and fusion reactors.

Our third meeting was back in London, this time we split our day between the Royal Society and Wellcome. There was a bit more time for us to get to know each other and we did some group work where we had to prepare to brief a Minister. We heard from Julie Maxton the CE at the Royal Society and leaders in Wellcome, Andrew Welchman who looks after a large portfolio of funding and Miranda Wolpert who is leading their work on mental health.

Our most recent meet up was meant to take place in Glasgow where we were being hosted by the University of Strathclyde (Strathclyde is one of NPL’s strategic partners), understandably as the corona virus crisis emerged the visit was not able to go ahead. We were however able to take advantage of technology and still were able to video conference with some of the people that we had planned to meet that day, Jim McDonald the Principal and VC for the University of Strathclyde, Sheila Rowan the Chief Scientific Advisor for Scotland and Rebekah Widdowfield the Chief Executive for the Royal Society of Edinburgh. They gave us an insight into their career pathways and leadership styles and were very open to answering our wide-ranging questions.

As an added bonus whilst we are participating on the programme, we have been invited to the Foundation’s evening events. These are great opportunities to find out about a variety of areas of science and technology, some of which are outside your area of expertise (so far – I have found that most of the events I have attended have fallen into that category) and meet with some interesting influential people. I haven’t been to any other event where I have had dinner with the former Science Minister on one side and a current Vice Chancellor on the other, whilst across the table there is the CEO of a major technology company and the head of policy for a charity.  They have provided the opportunity to build those awkward networking skills and over time has meant that my confidence has grown to be able to be bold enough to go and speak with the Chair of the Select Committee and invite them to come and visit our lab.

I am really enjoying taking part in the Future Leaders Programme, I’ve met brilliant people who have been happy to share their experience and ideas and I have a new network of colleagues (who I am already asking for favours). I am looking forward to seeing how our conference evolves – we are now looking at a date in November for it to take place. I thoroughly recommend this experience and hope that the pilot becomes a permanent programme that more people can benefit from. 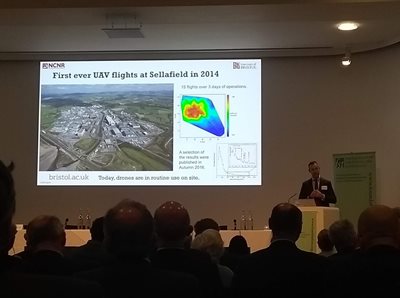 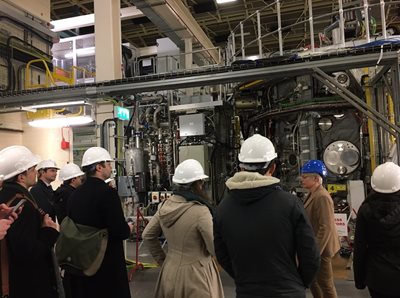 Sarah Dalmedo works in the Government Relations team at the National Physical Laboratory (NPL). This covers engagement with government stakeholders and responding to and developing science policy covering NPL's key strategic areas of digital technology and AI, energy and the environment, advanced manufacturing, quantum technologies, and health and life sciences. Before working at NPL, Sarah lead the Education Policy provision for the Royal Society of Biology and prior to this spent 6 years working as a secondary school science teacher.