The Earl of Selborne

It was with great sadness that the Foundation for Science and Technology learned of the death of the Earl of Selborne FRS GBE DL, its former Chair and Vice-President, on 12 February this year.  He was a strong supporter of the Foundation, serving as a Vice President, Trustee and Chair, until he retired from the Foundation in December 2018 and handed the baton on to Lord Willetts.

He spent his professional life promoting the value of science and environmental issues both as a farmer and as a member of the House of Lords, where he chaired the House of Lords Select Committee on Science and Technology from 1993-97 and then again from 2014-2017.  Of all the committees in the House of Lords, he said that this was the one on which he had been proudest to serve. He retired from the House on his 80th birthday in 2020. 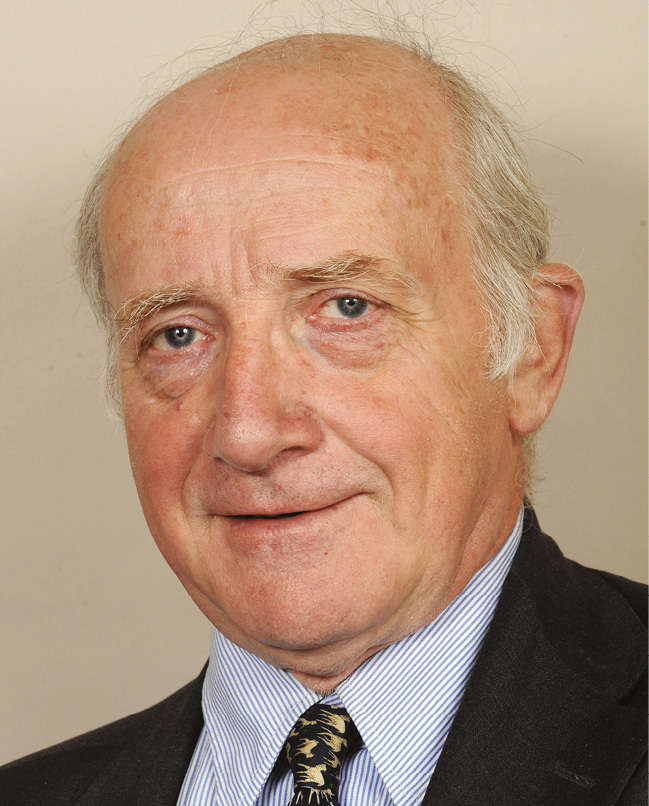 Lord Selborne spent his professional life promoting the value of science and environmental issues. His quiet and conciliarity but persuasive manner made him an ideal chairman.

John Roundell Palmer, the Earl of Selborne, was born in March 1940 into a family that had been, for nearly a hundred years, active participants in Government or opposition as Members of Parliament or in the House of Lords.

His grandfather was elected to parliament in 1910 and remained in the House of Commons until 1942 when Churchill appointed him Minister of Economic Warfare.

His father was killed in a military accident during the war and his mother remarried, his stepfather ser­ving as an MP, Minister and later a Member of the House of Lords.  It was therefore, as he noted, “unsurprising that when I got to Oxford in 1958 I took an interest in politics”.

After university, he returned to the family estate at Blackmoor in Hampshire, his grandfather having made it clear that he was expected to take over the responsibility of running what was a large horticultural and agricultural business.

He was soon, though, involved in various national organisations which played a role in supporting the agricultural sectors in which he was involved.  He was appointed to the Apple and Pear Development Council and was later chairman of the Hops Marketing Board.  He also served in a number of other governance roles for associations and advisory committees.

Through this, he came to realise that the most successful farmers and growers developed close links with the agricultural research community and he began to recognise how much modern agriculture owed to publicly-funded research and development.

The early 1970s was a time of turbulence in the agricultural research scene, especially with the publication of the 1971 Rothschild Report, which advocated that research with any practical application should be funded by the relevant Department on a client/contractor basis.  With continuing pressure on Departmental budgets, the new framework was not wholly successful.

He continued to engage in debate over the organisation and funding of agricultural research.  From 1991 to 1993 he chaired Sub-Committee D (Agriculture and Food) of the House of Lords Select Committee on the European Communities.

In 1996, as concern grew about veterinary research funding, he was invited to chair a committee of inquiry commissioned by the Royal College of Veterinary Science (RCVS) Trust, supported by the Wellcome Trust.  Its 1997 report, known as the Selborne Report, created a lasting legacy of initiatives to encourage and support veterinary research and to support training.

It was becoming apparent by the early 1990s that the dramatic changes in agricultural production systems had inevitably impacted heavily on ecosystems and ecosystem services.  The Selborne farming business was within the parish of ­Selborne and each new edition of Gilbert White’s seminal book of 1789, The Natural History of Selborne, would draw attention to the impact that modern agriculture was making on the wildlife of the locality, which had biodiversity records dating back to Gilbert White’s time.

Lord Selborne found himself increasingly involved with environmental policy issues.  He was a member of the Government Panel on Sustainable Development from 1994 to 1998 and the Royal Commission on Environmental Pollution (RCEP) from 1993 to 1998.  An RCEP report in 1994 on public and private transport attempted to persuade the Government that building ever more roads to meet an insatiable demand was doomed to fail and that an integrated public transport system would be more sensible.  That was not a welcome message for Government at the time.

In 1991, the Nature Conservancy Council was being broken up into three national agencies for England, Scotland and Wales.  The House of Lords Science and Technology Committee had pointed out that nature was no respecter of national boundaries and that on wider policy issues the UK would need to speak with one voice.  The legislation was duly amended to require the country nature conservation agencies to collaborate through a statutory Joint Nature Conservation Committee (JNCC).  Lord Selborne found himself appointed Chairman at short notice and went on to perform that role for six years.

Inheriting his peerage in 1971, he did not originally expect to remain in the House of Lords for more than a few years.  When the Blair Government at the end of the 1990s proposed reform of the upper house, it could not agree on what the outcome might look like.  So, as an interim measure, 92 hereditary peers were retained.  Lord Selborne was elected by his colleagues to be one of those.  It was assumed this would be a very ­temporary measure.  However, when he retired at the end of 2020, the House of Lords had undergone no further change. 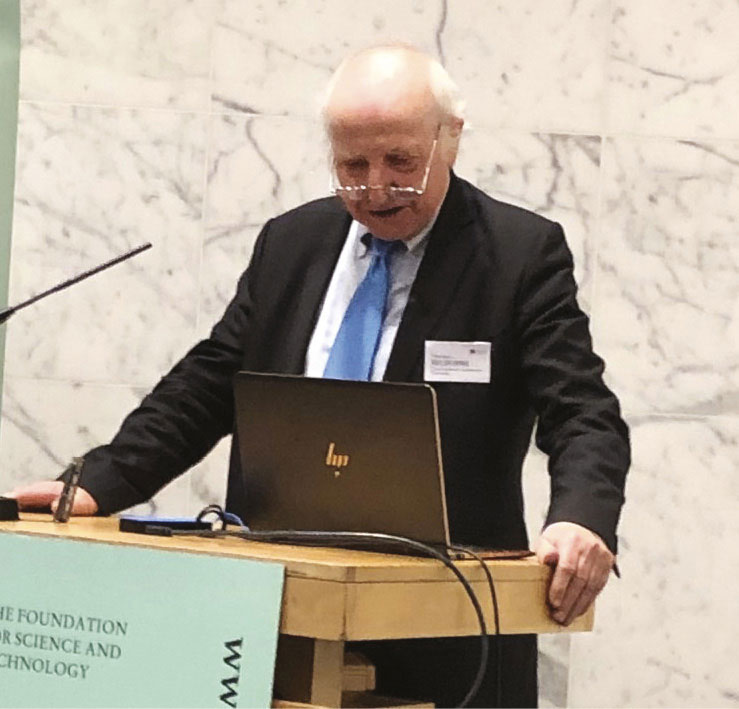 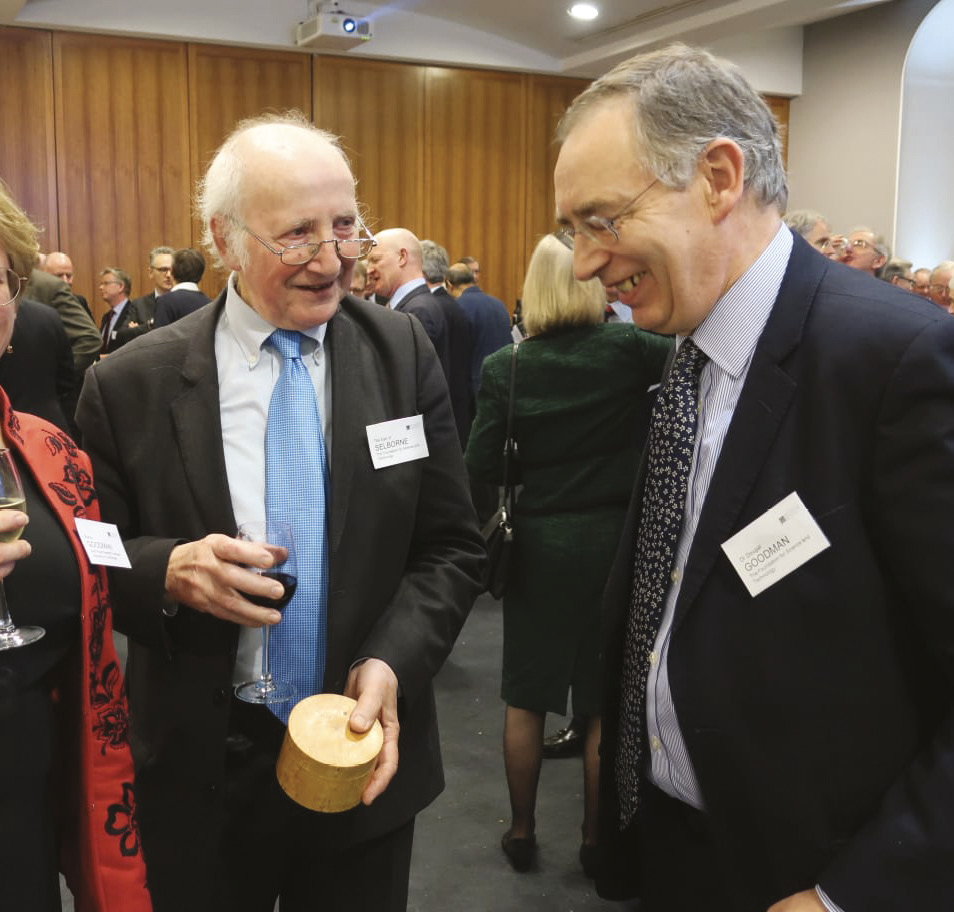 The Foundation for Science and ­Technology

Lord Selborne’s involvement with the Foundation for Science and Technology goes back more than 30 years.  Its first Director, David Hall, recalls that early support for the Foundation in 1989 was “typically positive and generous”.

Through the 1990s he served as a Vice President and was a regular participant in the Foundation’s evening debates.

In 2006, with the retirement of Lord Jenkin, who became President, Lord Selborne agreed to take on the role of Chair of the Foundation and become a Trustee.

He ensured both the formal speakers and the invited guests had adequate opportunities to pose their questions and put their points.  In his efficient, soft-spoken and courteous manner he ensured the smooth running of debates covering some of the most contentious issues at the interface between policy and science.

Lord Selborne made an enormous contribution to the work of the Foundation.  Without his dedication and support we would not be where we are today.  His sound advice will be sorely missed.  He is survived by his wife Joanna and children William, George, Luke and Emily.

Lord Selborne made an enormous contribution to the work of the Foundation. Without his dedication and support we would not be where we are today. His sound advice will be sorely missed.