Sir Patrick Vallance Kt KCB FRS FMedSci FRCP holds the roles of Government Chief Scientific Adviser (GCSA), National Technology Adviser (NTA) and Head of the Government Science and Engineering (GSE) profession. Prior to this, he was a clinical academic at UCL and joined GlaxoSmithKline in 2006, where he was President, R&D, from 2012 until 2017.

Speaking to the Foundation four years ago about the Government’s target for 2.4% of GDP to be devoted to R&D, I noted that the UK is extraordinarily good at fundamental science and scores extremely well by any metric. It was also improving its record in encouraging startups and creating successful new companies. However, there was still a big gap in the ability to scale those companies and there remained the challenge of improving take-up of innovation in larger companies. Around the world no other countries had managed to increase R&D spend to the same degree as that planned for the UK without a major contribution from the private sector.

Two and a half years ago, just before the pandemic, the Science Capability Review was published. This focussed on Government science and engineering, specifically its ability to use science to inform policy and its part in delivery. A number of recommendations were made including the need to increase the number of scientists and engineers in Government, increase the ability of policy users in Government to use science, increase the funding in certain Departments and enhance the ability of Departments to be good procurers of innovation.

Then, in March 2021, the Government published the Integrated Review of Security, Defence, Development and Foreign Policy, an attempt to lay out the position of Britain in the world. The subtitle was ‘Global Britain in a competitive age’. Science and technology ran through the document.

From that document came the notion of ‘strategic advantage’. The number of countries that now employ science and technology strategically is much greater than ever before, and they are very alive to the fact that this capability can give them an advantage. If a country decides that it wants an end-to-end capability in an area, from research through to procurement, utilisation, societal benefit, wealth creation, etc, we can label that an ‘own’ strategy. If, on the other hand, it wants to major in some parts but not others, it would need to collaborate with others. Finally, if it needs to access an area of technology but not follow the first two routes, then it would need some policy around access, whether an investment policy, a relationship policy or something else. So the ‘own/collaborate/access’ framework provides a way to think about science and technology advantage. It is a hierarchy that allows prioritisation – “own” can also include collaborate and access, but a decision simply to access would not invest beyond that.

The aim for any country, then, is to create a platform that is impactful as well as relevant and beneficial for society.

The point is that there was a mission to create a legacy, to leave us with a vaccine infrastructure which will be useful for the future.

A recent UK example of the ‘own’ model is vaccines. As early as January 2020, it was obvious that vaccines could be an important way through what was a looming pandemic. Yet a fully enabled vaccines industry in the UK had largely disappeared. This was not a conscious decision, more benign neglect. Nobody had thought out the requirements for end-to-end enabled capability or what the UK really needed.

So with vaccines the Government put in place the Vaccines Taskforce, which brought the UK to a position of early development of vaccines and rapid deployment. I identified seven key points as to why the taskforce model worked.

First, content experts were brought in very quickly, including from industry. Second, this was an ‘at risk’ investment: a portfolio was needed where it was accepted that some elements would fail – but hopefully some would succeed. That ‘at risk’ mindset was crucial, as it will be in many other areas in the future.

How would the National Audit Office or the Parliamentary Accounts Committee have viewed this had the project been largely unsuccessful? It is certainly something to think about for the future, but the fact that this was ‘at risk’ was important. Then, this was not just about procurement. R&D, innovation, manufacturing and procurement were all brought together in order to ensure we would be able to procure what was needed.

Fourth, there was a very clear objective: get an effective vaccine out by the end of the year. The fifth factor was single point accountability. Kate Bingham was appointed in May with accountability to deliver against the objective – and the authority to get on and do it. Sixth, the private sector was integral to this, it was not just a civil service or academic activity. The private sector was involved at every stage, including providing specific expertise.

The final point is that there was a mission to create a legacy, to leave us with a vaccine infrastructure which will be useful for the future.

Those seven points will be applicable to other areas as well – although not all. These initiatives involve a number of things that are not normally regarded as part of the S&T landscape: deployment, supply chains, procurement skills, international collaborations, infrastructure, regulations and finance. Yet they are critically important if Government is to be successful.

Government needs to determine whether particular technology areas require end-to-end capability. This would have to be long term, across more than one Government cycle. Few of the areas under consideration for this approach will sit neatly with just one Department; they are very likely to cross several. The factors that will make companies invest include not just the skills base, but also other things, like transport, housing, cultural environment, the things that matter to their staff. So these initiatives will have to be cross-Departmental.

The determinations must also be informed by evidence. To provide a solid evidence base, an emerging-tech horizon-scanning function has recently been set up, as well as a technology and science insights function to try to objectively assess the relative strength of the UK and competitors. The term ‘world-leading’ is often used in a science context but what does that actually mean? Well, the aim here is to provide an objective, independent view, to aid those actually making the decisions. We should be as aware of our gaps as we may be of our strengths.

The idea behind the National Science and Technology Council (NSTC) is that, when a Prime Minister comes into office, he or she should concern themselves with three things on Day One: national security, the economy, and now science and technology. All of these are fundamental to the future of the country. The Council, therefore, should be a ministerial committee, chaired by the Prime Minister, that takes a rounded long-term view over the funding of the things that really matter.

The foundations of science and technology in this country are: the research science base, which is strong; the work of UKRI (and hopefully ARIA will have a place here too); and the engineering base. Yet there are many other things that need to come into play. If there is to be a truly integrated strategy and if businesses are going to invest,  there will have to be a public commitment to long-term backing of programmes, including the public procurement of innovation.

Four areas that the NSTC has agreed to work on initially are: first, the sustainable environment; then, health and the life sciences; third, national security, defence and space; and then fourth is digital and the data-driven economy. Those are broad areas which the UK ought to be good at and should be able to turn into both companies and sustainable benefits for society. 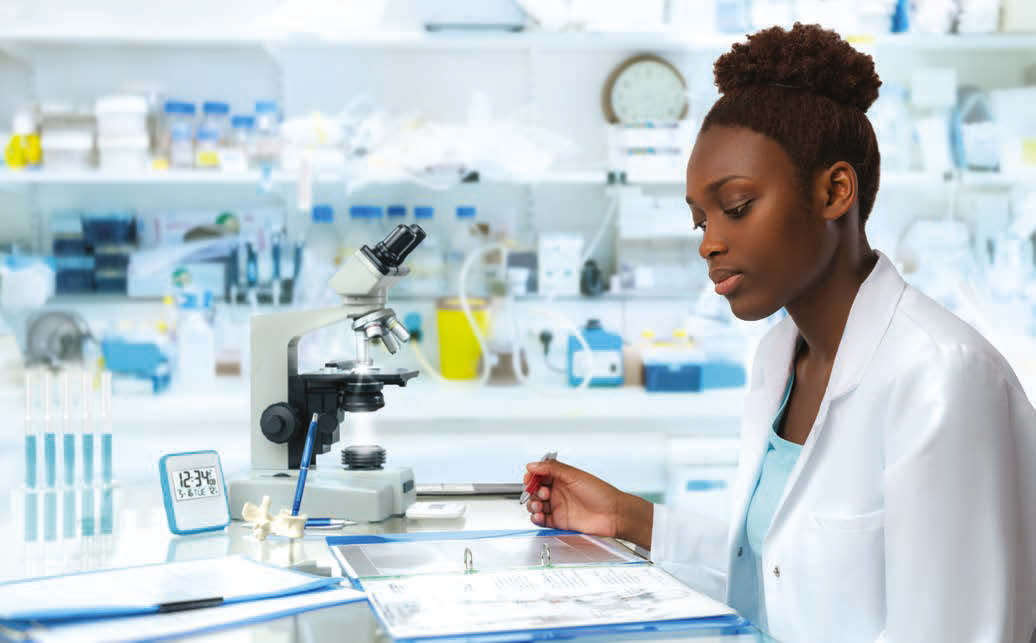 Health and life sciences is one key area targeted by the NSTC, with a focus on scaling up startup companies.

The work of the NTSC

What sort of decisions might this committee make? First, there are general enabling decisions. Should the regulatory framework be re-drawn in such a way as to encourage innovation across all these sectors? What infrastructure is essential for programmes to work (high performance computing, for example, underpins a great deal of activity)? What skills are needed – from school through to the workplace – that enable a hightech industry to work?

The failure to scale-up companies is a critical brake on UK success. The USA has a relative three-fold greater investment in startup companies than the UK. In scaling-up, the figure is nearer 10- fold. So, this is an essential issue to focus on. A mission-orientated approach (such as occurred with the Vaccines Taskforce) could be used, for example to pull through technologies for net zero areas. International relationships matter, particularly the ability to collaborate and interact, not just between scientists, but across the whole system so that the science can be taken all the way through to utilisation.

This Committee will also need to take decisions on specific technologies, where the Government would want to take a long-term view. Other countries have done this: Israel has focussed on making sure Government procurement of innovation acts as a significant pull factor. Singapore decided to move into deep-tech and away from biotech, backing that decision with an investment fund for other parts of the overall process.

Fundamentally, it all comes down to choices about where the country needs to be fully enabled. In some areas where there is great science, it may not be feasible or desirable to take it all the way through: we cannot do everything. In others, we may need to put more funding into everything from basic research through to procurement.

The NSTC cannot concern itself with directing basic science which must be led by curiosity- driven science and supported broadly. Yet it must focus on taking decisions about those areas where there are long-term opportunities which need all parts of the system to be joined up across different Government Departments if they are to flourish. Delivery will be crucially important.